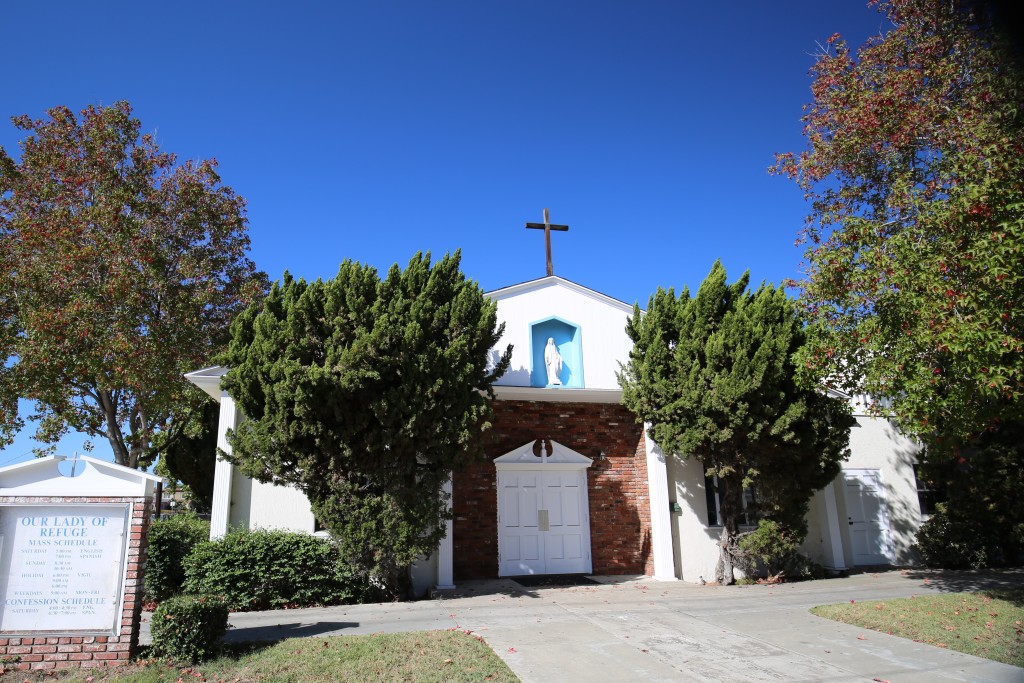 We, Catholic community of Our Lady of Refuge, as the pilgrim People of God, gather in faith around the table of the Lord, nourished in Word and Sacrament, to commit ourselves to praise God and serve one another.

Latest Info from the Diocese of San Diego

You are invited to see Bishop Robert McElroy's video on reopening the
church found on this link: https://www.sdcatholic.org/coronavirus/latest-covid-19-news/

Monday through Friday 9:00 AM (English)

Saint of the Day

St. Angela of the Cross St. Angela of the Cross is the Foundress of the Institute of the Sisters of the Company of the Cross.

Born on January 30, 1846 in Seville, Spain, and given the baptismal name "Maria of the Angels" Guerrero Gonzalez, the future Saint was affectionately known as "Angelita". Her father worked as a cook in the convent of the Trinitarian Fathers, where her mother also worked doing the laundry. They had 14 children, with only six reaching adulthood.

Charles was a son of Canute IV of Denmark and Adela of Flanders. When he was only five years old, his father was assassinated in St. Alban´s Church, Odence. He was taken by his mother to the court of Robert, his maternal grandfather and Count of Flanders as a suitable place for him to grow up.

Blessed Charles became quite the warrior, and accompanied his grandfather in a crusade to the Holy Land and also fought against the English. After Roberts death in 1111, the new Count Baldwin, Roberts son, relied heavily on Charles for advice. St. Agnes was born in Prague in the year 1200, and probably died in the year 1281. She was the daughter of Ottocar, King of Bohemia and Constance of Hungary, who was a relative of St. Elizabeth. At an early age she was sent to the monastery of Treinitz, where she was educated in the hands of the Cistercian religious, who would eventually become her rank. She was betrothed to Henry, son of the Emperor Frederick II, Holy Roman Emperor, but when the time arrived for the solemnization of the marriage, they backed out of the agreement. Ottokar then planned for Agnes to marry Henry III of England, but this was vetoed by the Emperor, who wanted to marry Agnes himself. She then dedicated herself to the resolution of consecrating herself to the service of God in the sanctuary of the cloister. Emperor Frederick is said to have remarked: "If she had left me for a mortal man, I would have taken vengeance with the sword, but I cannot take offence because in preference to me she has chosen the King of Heaven."The servant of God entered the Order of St. Clare in the monastery of St. Saviour at Prague, which she herself had erected. She was elected abbess of the monastery, and through this office became a model of Christian virtue and religious observance for all. God favored her with the gift of miracles, and she predicted the victory of her brother Wenceslaus over the Duke of Austria. The exact year of Agnes' death is not certain, but 1281 is the most probable date. She was beatified in 1874 by Pope Pius IX and canonized by Pope John Paul II on November 12, 1989.